If you are wanting Cakey Bot to automatically handle moderation you can check out this section for more information.

You can warn users with a given reason using the !warn <user> <reason> . It will place a warning on their account which you can then view later with the !warnings <username>. Warnings will record the date the warning was received, the reason as well as the moderator who made the warning. Warnings will also automatically post to your Audit Log if you have one set up for Cakey Bot. If you want to remove a specific warning from a user you can simply do !unwarn <user> <warning ID>.

When you run the !mute <user> command, Cakey Bot will assign a mute role to that user preventing them from chatting/speaking in voice channels. Now, You might be asking "What role does Cakey Bot use for this?". This depends on a few factors:

Note: In order for Cakey Bot to mute a user several things must happen. Cakey Bot must have Manage Roles permission and Cakey Bot's highest role must be higher than the Mute role and the muted user's highest role.

You can also mute people temporarily. It works exactly like normal muting above and requires the same setup/permissions but it will automatically remove the mute after the specified time. You can temporarily mute someone by using the !tempmute <user> <time> <opt:reason>command.

When you run most moderation commands on a user, they send a DM/Notification to the user via private messages. There are some instances where you may not want this capability. You can cancel sending a DM notification by adding -s or -silent anywhere in the "reason" section of the command.

For example: !warn TestSubject -s Spamming the chat will add a warning to the user but will not send a DM to them.

You can purge any amount of messages (up to 100) by typing !purge <amount>. This will delete the specified number of messages as long as they are not older than 2 weeks and are not pinned.

You can also filter what types of messages you want to delete by typing !purge <type> <amount>. You can view a list of advanced filters below:

Sometimes Cakey Bot will purge fewer messages than the number you specify. This could be due to a few reasons: 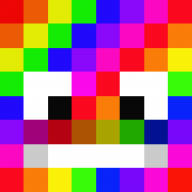